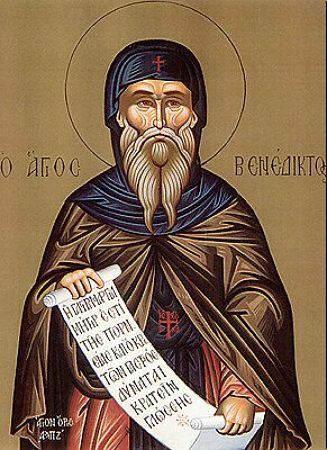 Isaiah 29:13-23
Therefore the Lord said: Inasmuch as these people draw near with their mouths And honor Me with their lips, But have removed their hearts far from Me, And their fear toward Me is taught by the commandment of men, Therefore, behold, I will again do a marvelous work Among this people, A marvelous work and a wonder; For the wisdom of their wise men shall perish, And the understanding of their prudent men shall be hidden. Woe to those who seek deep to hide their counsel far from the Lord, And their works are in the dark; They say, Who sees us? and, Who knows us? Surely you have things turned around! Shall the potter be esteemed as the clay; For shall the thing made say of him who made it, He did not make me? Or shall the thing formed say of him who formed it, He has no understanding? Is it not yet a very little while Till Lebanon shall be turned into a fruitful field, And the fruitful field be esteemed as a forest? In that day the deaf shall hear the words of the book, And the eyes of the blind shall see out of obscurity and out of darkness. The humble also shall increase their joy in the Lord, And the poor among men shall rejoice In the Holy One of Israel. For the terrible one is brought to nothing, The scornful one is consumed, And all who watch for iniquity are cut off Who make a man an offender by a word, And lay a snare for him who reproves in the gate, And turn aside the just by empty words. Therefore thus says the Lord, who redeemed Abraham, concerning the house of Jacob: Jacob shall not now be ashamed, Nor shall his face now grow pale; But when he sees his children, The work of My hands, in his midst, They will hallow My name, And hallow the Holy One of Jacob, And fear the God of Israel.

Genesis 12:1-7
Now the Lord had said to Abram: Get out of your country, From your family And from your fathers house, To a land that I will show you. I will make you a great nation; I will bless you And make your name great; And you shall be a blessing. I will bless those who bless you, And I will curse him who curses you; And in you all the families of the earth shall be blessed. So Abram departed as the Lord had spoken to him, and Lot went with him. And Abram was seventy-five years old when he departed from Haran. Then Abram took Sarai his wife and Lot his brothers son, and all their possessions that they had gathered, and the people whom they had acquired in Haran, and they departed to go to the land of Canaan. So they came to the land of Canaan. Abram passed through the land to the place of Shechem, as far as the terebinth tree of Moreh. And the Canaanites were then in the land. Then the Lord appeared to Abram and said, To your descendants I will give this land. And there he built an altar to the Lord, who had appeared to him.

Proverbs 14:15-26
The simple believes every word, But the prudent considers well his steps. A wise man fears and departs from evil, But a fool rages and is self-confident. A quick-tempered man acts foolishly, And a man of wicked intentions is hated. The simple inherit folly, But the prudent are crowned with knowledge. The evil will bow before the good, And the wicked at the gates of the righteous. The poor man is hated even by his own neighbor, But the rich has many friends. He who despises his neighbor sins; Do they not go astray who devise evil? But mercy and truth belong to those who devise good. In all labor there is profit, But idle chatter leads only to poverty. The crown of the wise is their riches, But the foolishness of fools is folly. A true witness delivers souls, But a deceitful witness speaks lies. In the fear of the Lord there is strong confidence, And His children will have a place of refuge.

The Monk Benedict, founder of the western monastic order of the Benedictines, was born in the Italian city of Nursia in the year 480. At 14 years of age the saint was sent off by his parents for studies at Rome, but vexed at the immorality there surrounding him, he decided to devote himself to a different sort of life. At first Saint Benedict settled near the church of the holy Apostle Peter in the village of Effedum, but news about his ascetic life compelled him to go farther into the mountains. There he encountered the hermit Romanus, who tonsured him into monasticism and directed him to a remote cave for a domicile. From time to time the hermit would bring the saint food. For three years in total solitude the saint waged an harsh struggle with temptations and conquered them. People soon began to gather to him, thirsting to live under his guidance. The number of disciples grew so much, that the saint divided them into twelve communities. Each community was comprised of twelve monks and was a separate skete-monastery. And to each skete the saint gave an hegumen-abbot from among his experienced disciples.       With the Monk Benedict remained only the new-made monks for instruction.       The strict monastic-rule, established by Saint Benedict for the monks, was not taken to heart by everyone, and the monk more than once became the victim of abuse and vexation.       Finally he settled in Campagna and on Mount Cassino he founded the Monte Cassino monastery, which for a long time was a centre of theological education for the Western Church. At the monastery was created a remarkable library. And at this monastery the Monk Benedict wrote his ustav-rule, based on the experience of life of the Eastern wilderness-dwellers and the precepts of the Monk John Cassian the Roman (Comm. 29 February). The monastic-rule was accepted afterwards by many of the Western monasteries (by the year 1595 it had come out in more than 100 editions). The rule prescribed for monks an absolute renunciation of personal possessions, unconditional obedience and constant work. It was considered the duty of older monks to teach children and to copy out ancient manuscripts. This helped to preserve many memorable writings, belonging to the first centuries of Christianity. Every new postulant was required to live as a novice-obedient over the course of a year, to learn the monastic rule and to become acclimated to monastic life. Every deed required a blessing. The head of this common-life monastery is the hegumen-abbot, having all the fulness of power. He discerns, teaches and explains. The hegumen solicits the advice of the elders and the experienced brethren, but he personally makes the decision. The fulfilling of the monastic-rule is strictly binding for everyone and is regarded as an important step, nigh to perfection.       Saint Benedict was vouchsafed of the Lord the gift of foresight and wonderworking. He healed many by his prayers. The monk foretold his end beforehand.       The sister of Saint Benedict, Saint Scholastica, likewise became famed for her strict ascetic life and was ennumerated to the ranks of the Saints.

He was born in Greece and succeeded St Peter of Kiev as
Metropolitan of that city. Some of his enemies among his own flock denounced him
to the Mongol ruler, saying that he had paid the no tribute to obtain his
position  as was often done by the clergy. Summoned before the Mongol prince
and asked about this, he answered ‘Christ our God bought His Church from the
unbelievers with His precious Blood. For what do we pay tribute to unbelievers?’
Returning home, he governed the Church for twenty-five more years and reposed in
peace in 1353.

Saint Euskhymonos the Confessor, Bishop of Lampsaka, lived in Asia Minor on the coastal region of the Dardanelles Peninsula, and was known for his virtuous and ascetic life. He suffered for his icon-veneration under the iconoclast emperor Theophilos (829-842), and having been imprisoned, he was sent off and died in exile.

Thou wast enriched by the grace of God,/ and by thy deeds didst proclaim thy
name./ In prayer and fasting thou wast shown to be full of the gifts of the
Spirit of God,/ O Benedict, favorite of Christ God./ And thou hast been a
heal­er for the infirm,// a repulser of the enemy and the ready helper of our
souls.