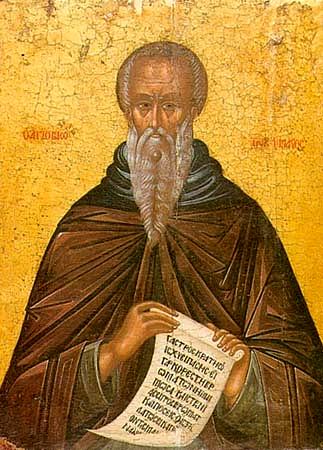 John 20:11-18
But Mary stood outside by the tomb weeping, and as she wept she stooped down and looked into the tomb. And she saw two angels in white sitting, one at the head and the other at the feet, where the body of Jesus had lain. Then they said to her, “Woman, why are you weeping?” She said to them, “Because they have taken away my Lord, and I do not know where they have laid Him.” Now when she had said this, she turned around and saw Jesus standing there, and did not know that it was Jesus. Jesus said to her, “Woman, why are you weeping? Whom are you seeking?” She, supposing Him to be the gardener, said to Him, “Sir, if You have carried Him away, tell me where You have laid Him, and I will take Him away.” Jesus said to her, “Mary!” She turned and said to Him, “Rabboni!” (which is to say, Teacher). Jesus said to her, “Do not cling to Me, for I have not yet ascended to My Father; but go to My brethren and say to them, ‘I am ascending to My Father and your Father, and to My God and your God.’ ” Mary Magdalene came and told the disciples that she had seen the Lord, and that He had spoken these things to her.

Hebrews 6:13-20
For when God made a promise to Abraham, because He could swear by no one greater, He swore by Himself, saying, “Surely blessing I will bless you, and multiplying I will multiply you.” And so, after he had patiently endured, he obtained the promise. For men indeed swear by the greater, and an oath for confirmation is for them an end of all dispute. Thus God, determining to show more abundantly to the heirs of promise the immutability of His counsel, confirmed it by an oath, that by two immutable things, in which it is impossible for God to lie, we might have strong consolation, who have fled for refuge to lay hold of the hope set before us. This hope we have as an anchor of the soul, both sure and steadfast, and which enters the Presence behind the veil, where the forerunner has entered for us, even Jesus, having become High Priest forever according to the order of Melchizedek.

Mark 9:17-31
Then one of the crowd answered and said, “Teacher, I brought You my son, who has a mute spirit. And wherever it seizes him, it throws him down; he foams at the mouth, gnashes his teeth, and becomes rigid. So I spoke to Your disciples, that they should cast it out, but they could not. He answered him and said, “O faithless generation, how long shall I be with you? How long shall I bear with you? Bring him to Me.” Then they brought him to Him. And when he saw Him, immediately the spirit convulsed him, and he fell on the ground and wallowed, foaming at the mouth. So He asked his father, “How long has this been happening to him?” And he said, “From childhood. And often he has thrown him both into the fire and into the water to destroy him. But if You can do anything, have compassion on us and help us. Jesus said to him, “If you can believe, all things are possible to him who believes.” Immediately the father of the child cried out and said with tears, “Lord, I believe; help my unbelief!” When Jesus saw that the people came running together, He rebuked the unclean spirit, saying to it: “Deaf and dumb spirit, I command you, come out of him and enter him no more!” Then the spirit cried out, convulsed him greatly, and came out of him. And he became as one dead, so that many said, “He is dead.” But Jesus took him by the hand and lifted him up, and he arose. And when He had come into the house, His disciples asked Him privately, “Why could we not cast it out?” So He said to them, “This kind can come out by nothing but prayer and fasting.” Then they departed from there and passed through Galilee, and He did not want anyone to know it. For He taught His disciples and said to them, “The Son of Man is being betrayed into the hands of men, and they will kill Him. And after He is killed, He will rise the third day.”

Ephesians 5:9-19
(for the fruit of the Spirit is in all goodness, righteousness, and truth), finding out what is acceptable to the Lord. And have no fellowship with the unfruitful works of darkness, but rather expose them. For it is shameful even to speak of those things which are done by them in secret. But all things that are exposed are made manifest by the light, for whatever makes manifest is light. Therefore He says: “Awake, you who sleep, Arise from the dead, And Christ will give you light.” See then that you walk circumspectly, not as fools but as wise, redeeming the time, because the days are evil. Therefore do not be unwise, but understand what the will of the Lord is. And do not be drunk with wine, in which is dissipation; but be filled with the Spirit, speaking to one another in psalms and hymns and spiritual songs, singing and making melody in your heart to the Lord,

The Holy Martyr Sabinus was governor of the Egyptian city of Hermopolis. During the time of persecution against christians under the emperor Diocletian (284-305), Saint Sabinus hid himself away with like-minded companions in a remote village. But his dwelling-place was revealed for two gold coins given to a certain ungrateful beggar, whom the saint had constantly fed and helped with money. Together with six other christians, Sabinus was seized, and after torture they were all drowned in the Nile (+ 287).

The Holy Martyr Papas lived in the city of Larandum (Asia Minor) during the reign of Maximian (305-311). They arrested and tortured him for belief in Christ, and afterwards,  in boots with sharp nails hammered inside, they took him for further trial to the city of Diocaesarea and later to Isaurian Seleucia. Saint Papas died bound to a barren tree, which thereupon became fruitful.

Apostle Aristobulus of the Seventy, bishop of Britain (1st c.).

The PriestMartyr Alexander, Pope of Rome, occupied the papal throne for ten years. He was burned alive on 3 May of the year 119 by order of the emperor Adrian (117-138).

Martyrs Trophimus and Thalus of Laodicea (300).

The Holy Martyrs Trophymos and Phalos, by birth brothers and presbyters, served in Carian Laodiceia. During the time of a persecution under the emperor Diocletian (284-305) and his co-emperor Maximian (284-305), the brothers were taken under guard and brought before the governor Asclepiodotos. He ordered the holy brothers to be beaten with stones, but the stones, which they threw at the saints, flew back again and struck those that threw them. After a second interrogation the holy brothers were sentenced to crucifixion. Going to execution, they glorified God in that they were found worthy of the Saviour’s death on a cross. The wondrous witnesses to God hanging on crosses continued their preaching, and their brave mother stood at the foot of the crosses. A certain Jewess, having bowed to the saints, cried out: “Blessed is the mother, having given birth to such sons”. When the martyrs gave up their spirits to God, the prison guard said that he saw the souls of the holy brothers being carried upwards to heaven in the company of three Angels. All night the people stayed with the bodies of the holy martyrs. And in the morning the wife of the torturer Asclepiodotos came to the place of execution with her perfumed bejeweled veil. She told the people, that she saw by night in a dream the holy martyrs and the Angels, sent for the punishment of her husband.       The mother of the martyrs and two christians, by the names of Zosima and Artemon, buried the holy brothers in their native city of Stratonika. The torturer Asclepiodotos soon fell ill and died an horrible death.

Thou didst prove to be a freeman of the desert, an angel in a body, and a
wonder-worker, O our God – bearing Father John. By fasting, vigil and prayer
thou didst obtain heavenly gifts, and thou healest the sick and the souls of
those who have recourse to thee with faith. Glory to Him Who gave thee strength,
glory to Him Who crowned thee, glory to Him Who works through thee healings for
all.

Offering ever-blossoming fruits of learning from thy book, O wise one, thou
delightest the hearts of those who study it seriously, O blessed one. For it is
a ladder which leads up from the earth to the heavenly and abiding glory souls
who with faith honour thee.

Troparion of the Sunday, Tone VIII

Thou didst descend from on high, O Merciful One! / Thou didst accept the three-day burial
to free us from our sufferings! / O Lord, our Life and Resurrection: glory to Thee!

Hymn to the Theotokos, Tone VIII

For our sake Thou wast born of the Virgin / and did endure crucifixion, O Good One, /
destroying death by death. / Revealing the resurrection as God, / do not despise the work of
Thy hand. / Reveal Thy love for man, O merciful One, / and accept the Theotokos praying for
us, / and save Thy despairing people, O Savior.

Kontakion of the Sunday, Tone VIII

O God-bearing Sabinas,/ thou divine scion, unfading bloom, branch heavy-laden
with fruit,/ with thy gladness fill them that with faith honor thy memo­ry,//
and pray thou unceasingly for us all.