John 12:17-50
Therefore the people, who were with Him when He called Lazarus out of his tomb and raised him from the dead, bore witness. For this reason the people also met Him, because they heard that He had done this sign. The Pharisees therefore said among themselves, “You see that you are accomplishing nothing. Look, the world has gone after Him!” Now there were certain Greeks among those who came up to worship at the feast. Then they came to Philip, who was from Bethsaida of Galilee, and asked him, saying, “Sir, we wish to see Jesus.” Philip came and told Andrew, and in turn Andrew and Philip told Jesus. But Jesus answered them, saying, “The hour has come that the Son of Man should be glorified. Most assuredly, I say to you, unless a grain of wheat falls into the ground and dies, it remains alone; but if it dies, it produces much grain. He who loves his life will lose it, and he who hates his life in this world will keep it for eternal life. If anyone serves Me, let him follow Me; and where I am, there My servant will be also. If anyone serves Me, him My Father will honor. Now My soul is troubled, and what shall I say? ‘Father, save Me from this hour’? But for this purpose I came to this hour. Father, glorify Your name. Then a voice came from heaven, saying, “I have both glorified it and will glorify it again.” Therefore the people who stood by and heard it said that it had thundered. Others said, “An angel has spoken to Him.” Jesus answered and said, “This voice did not come because of Me, but for your sake. Now is the judgment of this world; now the ruler of this world will be cast out. And I, if I am lifted up from the earth, will draw all peoples to Myself. This He said, signifying by what death He would die. The people answered Him, “We have heard from the law that the Christ remains forever; and how can You say, ‘The Son of Man must be lifted up’? Who is this Son of Man?” Then Jesus said to them, “A little while longer the light is with you. Walk while you have the light, lest darkness overtake you; he who walks in darkness does not know where he is going. While you have the light, believe in the light, that you may become sons of light. These things Jesus spoke, and departed, and was hidden from them. But although He had done so many signs before them, they did not believe in Him, that the word of Isaiah the prophet might be fulfilled, which he spoke: Lord, who has believed our report? And to whom has the arm of the LORD been revealed?” Therefore they could not believe, because Isaiah said again: He has blinded their eyes and hardened their hearts, Lest they should see with their eyes, Lest they should understand with their hearts and turn, So that I should heal them.” These things Isaiah said when he saw His glory and spoke of Him. Nevertheless even among the rulers many believed in Him, but because of the Pharisees they did not confess Him, lest they should be put out of the synagogue; for they loved the praise of men more than the praise of God. Then Jesus cried out and said, “He who believes in Me, believes not in Me but in Him who sent Me. And he who sees Me sees Him who sent Me. I have come as a light into the world, that whoever believes in Me should not abide in darkness. And if anyone hears My words and does not believe, I do not judge him; for I did not come to judge the world but to save the world. He who rejects Me, and does not receive My words, has that which judges him-the word that I have spoken will judge him in the last day. For I have not spoken on My own authority; but the Father who sent Me gave Me a command, what I should say and what I should speak. And I know that His command is everlasting life. Therefore, whatever I speak, just as the Father has told Me, so I speak.

Matthew 26:6-16
And when Jesus was in Bethany at the house of Simon the leper, a woman came to Him having an alabaster flask of very costly fragrant oil, and she poured it on His head as He sat at the table. But when His disciples saw it, they were indignant, saying, “Why this waste? For this fragrant oil might have been sold for much and given to the poor. But when Jesus was aware of it, He said to them, “Why do you trouble the woman? For she has done a good work for Me. For you have the poor with you always, but Me you do not have always. For in pouring this fragrant oil on My body, she did it for My burial. Assuredly, I say to you, wherever this gospel is preached in the whole world, what this woman has done will also be told as a memorial to her. Then one of the twelve, called Judas Iscariot, went to the chief priests and said, “What are you willing to give me if I deliver Him to you?” And they counted out to him thirty pieces of silver. So from that time he sought opportunity to betray Him.

Venerable Titus the Wonderworker (9th c.).
The Monk Tito the Wonderworker devoted himself from the time of youth to the monastic life. He pursued asceticism in the IX Century at the Studite monastery near Constantinople. By his deeds of fasting, purity of life and mild disposition the Monk Tito gained the common love of the brethren and at their request he was ordained presbyter. Fervent of faith, the monk stood up bravely for the Orthodox veneration of icons during the time of Iconoclast persecution. For his virtuous life he was granted by God the gift of wonderworking. The saint expired to the Lord in old age.

Martyrs Amphianus (Apphianus) and Edesius (Aedesius) of Lycia (306).
The Holy Martyrs Amphianos and Hedesios were brothers by birth. They lived in the city of Patara (province of Lycia) in the family of the pagan city-governor. For their further study in the pagan sciences they went to the city of Beirut. There the brothers came to believe in Christ and became ardent followers of Him. The holy brothers quit their pagan parents and departed to Alexandrian Caesarea, where they found for themselves an instructor, the Presbyter Pamphilos (the account about him is under 16 February), and under his guidance they became accomplished in spiritual life, dwelling in prayer and the study of sacred books. At that time by decree of the emperor Maximian (305-313), a zealous pagan and cruel persecutor of Christians, , all the inhabitants of the city of Caesarea were required to make a public offering of sacrifice. To save themselves from idol-worship, many Christians had to hide themselves away in secret places. Saints Amphianos and Hedesios also hid away. But when the governor of the city of Caesarea had to make the sacrifice to idols, Saint Amphianos boldly went into the temple, he took hold the hand of the governor standing with the pagan sacrifice, and began to urge him to forsake his error and believe in Christ. By order of the governor, soldiers seized hold of Saint Amphianos, fiercely beat him and then threw him in prison. Two days later they led him to trial, where they beat him with iron rods and burned at his body with bundles of flax soaked in oil. The brave youth, steadfastly confessing his faith in Christ, was then thrown with a stone about his neck into the sea. But suddenly a strong storm blew up, and the waves carried the body of the martyr to shore, where Christians gave it burial. The brother of the Martyr Amphianos, Saint Hedesios, was likewise subjected to torture, and they then sent him off to the copper mines. After a certain while they freed Saint Hedesios and sent him to Alexandria. There he learned of the extreme cruelty towards Christians by the governor Hierokles, and he boldly denounced him. They began to torture Saint Hedesios, and then like his brother they drowned him (+ 306).

Martyr Polycarp of Alexandria (4th c.).
The Holy Martyr Polycarp suffered for his bold denunciation of the emperor Maxmian (305-313) for the spilling of innocent Christian blood in the city of Alexandria. He openly confessed himself a Christian and went to voluntary torture. After cruel sufferings the martyr was beheaded.

Behold, the Bridegroom is coming in the middle of the night, and blessed is
the servant whom He shall find awake and watching, but unworthy is he whom He
shall find idle and careless. Beware, then, my soul, lest thou be weighed down
with sleep, lest thou be given up to death and shut out of the Kingdom. But
awake and cry: Holy, Holy, Holy, art Thou, O God: by the power of Thy Cross,
save us. (Sung three times; however, the ending the third time is:
through the Mother of God, have mercy on us.)

I have sinned more than the harlot, O Good One, and I come to Thee with none
of her showers of tears. But praying in silence, I fall down before Thee and
lovingly embrace Thy immaculate feet, that as the Lord Thou mayest grant me
forgiveness of sins as I cry to Thee, O Saviour: Deliver me from the mire of my
evil deeds.

Thou didst forsake the tumult of life/ and, having lived thy life in
tranquility,/ O wise one, hast passed over unto God,// O venerable wonderworker
Titus, our father. 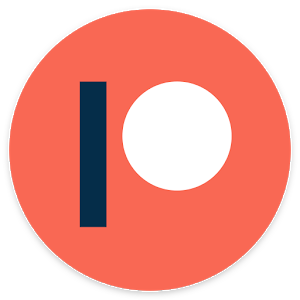